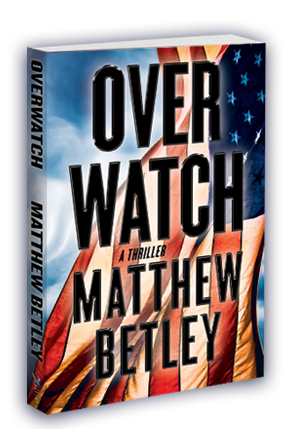 When Logan West impulsively answers a dead man’s ringing phone, he triggers a global race against the clock to track down an unknown organisation searching for an Iraqi artifact that is central to a planned attack in the Middle East – one that will draw the United States into a major conflict with Iran.

Logan, a former Marine officer, is quickly contracted as a ‘consultant’ to assist the FBI as part of a special task force bent on stopping the shadowy operatives, whatever the cost. The nattles are nonstop, from the plains of the Midwest, to mansions in northern Mexico, to the war-torn Al-Anbar province, putting an international team against trained mercinaries employed by the world’s largest private security contractor…whose owner has a personal vendetta against the US Government. Meanwhile, Logan is battling his own demons, especially the trauma of the ambush that his Force Recon unit suffered at an insurgent torture compound in Falluja in 2004, which threatens to destroy everything he holds dear.

A thoroughly enjoyable, very decently written book which does what a Thriller is supposed to do – thrill. There’s tension, excitement, ‘brothers in arms’ and more than a few surprises. It’s a first book from Matthew Bentley, and has already been optioned for a film, and you can see why. Though I don’t fully buy into the usual ‘evil genius with never-ending supply of hired help ready to die for them’ idea that you always see in films like this will probably be. You know, think James Bond. Where in the middle of nowhere, there’s an evil genius in a huge building complex, who has somehow hired hundreds of blokes in black – whom no one has ever heard of before! Their families presumably can’t ring up and say “What time you home for tea, dear?” “Look, I told you when I signed on for Mad Evil Genius Inc not to ring…” At least here, the Evil Genius’ no.2 is equally ruthless, and formidable, that’s a plus.

I have no idea, not being an ex-Navy Seal or whatever myself, if he really does ‘know his stuff.‘ And it’s always a little suspect, when a reviewer, who also presumably also isn’t ex-Special Forces, suddenly sets themselves up as an arbiter, an ‘of course, being a book reviewer, I know more about the subject than the author’ (you’ve seen it, or felt it, in all sorts of reviews on-line, or in the newspaper). All I can say, is that with my background of having read an awful lot of ‘this kind of thing’ down the years, this does indeed give the convincing impression that he knows his stuff. It feels the real deal. As it would be expected to do, him being an actual ex-Navy Seal or similar. What does come over with a lot of these ex-Military turned writers, is the respect and regard they have for their fellow combatants. Mostly those of equal rank and/or below. There is a real ‘spirit’ of it here – that no one can do it alone and a success is dependent on the whole team rather than just the lead player.

The Lead Players name does bother me. As it does in most American thrillers these days. Why are ex-Special Forces never Kevin, or Timothy, for example?

One could be forgiven for thinking that people only join the US Marines, SEALs, WHALEs, WHATEVERs, to do the minimum time, then get out and get a book deal. I doubt that is what Mr. Betley did, but it sure was a very good call by whoever gave him a book deal.

You can buy Overwatch from The Book Depository