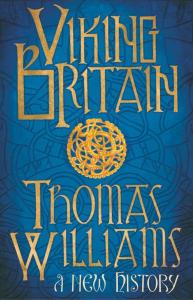 To many, the word ‘Viking’ brings to mind red scenes of rape and pillage, of marauders from beyond the sea rampaging around the British coastline in the last gloomy centuries before the Norman conquest. It is true that Britain in the Viking Age was a turbulent, violent place. The Kings and warlords who have impressed their memories on the period revel in names that fire the blood and stir the imagination: Svein Forkbeard and Edmund Ironside, Ivar The Boneless and Alfred The Great, Erik Bloodaxe and Edgar The Pacifier, among many others. Evidence for their brutality, their dominance, their avarice and their pride is still unearthed from British soil regularly.

But this is not the whole story.

In ‘Viking Britain,’ Thomas Williams has drawn on his experience as project curator of the British Museum’s exhibition ‘Vikings: Life and Legend,’ to show how the people we call Vikings came not just to raid and plunder, but to settle, to colonise and to rule. The impact on these islands was profound and enduring, shaping British social, cultural and political development for hundreds of years. Indeed, in language, literature, place-names and folklore, the presence of Scandinavian settlers can still be felt, and their memory – filtered and refashioned through the work of writers such as J.R.R. Tolkien, William Morris and G.K. Chesterton – has transformed the Western imagination.

This remarkable book makes use of new academic research and first-hand experience, drawing deeply from the relics and landscapes that the Vikings and their contemporaries fashioned and walked: their rune-stones and ship burials, settlements and battle fields, poems and chronicles. The book offers a vital evocation of a forgotten world, its echoes in later history and its implications for the present.

Just when you thought you’d read it all about the Vikings – even going so far as to go live in their homelands – a book like this comes along and you realise how little you really know.

Who doesn’t love the Vikings? Everyone. Yes, even you. But how much about them do we really know? How much have we ‘learned’ from TV and film sources? Not the most reliable guardians of historical knowlege, I’m sure you’ll agree. How much are we who we are, because they were who they were? Are they still to be found with us today? Or in us? It’s with books like this, that we can come away from “Hey ho! Let’s go a-raidin’ – just because we can!” with smiles nestling in beards baloney, and once again touch base with facts – and new facts at that. 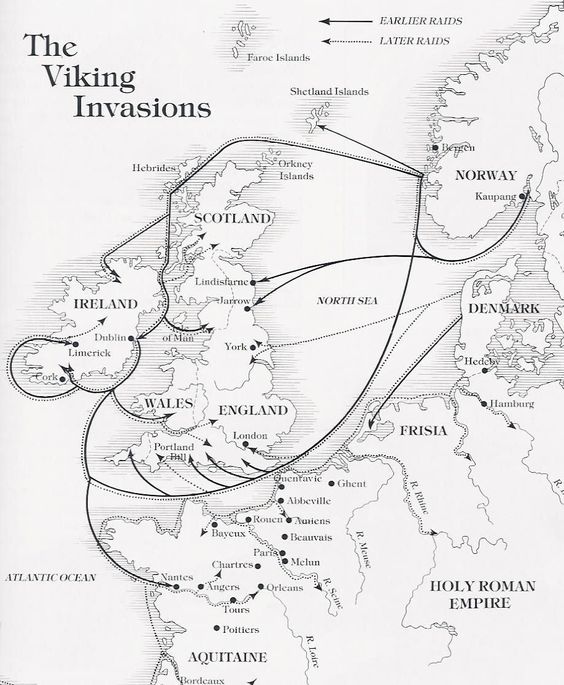 Viking Britain, does as it states on the cover and relate the story, in a kind of chronological time line as much as possible – given the need in many areas, to go off towards the rest of Europe and North Atlantic – analysing their history as it relates to their activities in and around Britain. That includes, Scotland, Wales, and Ireland. As I say, I have read many, many histories of the Vikings in my time, I know a bit, I’m no expert, so I need books like these as much as the next person. On starting, I did think ‘do we need another book about the Vikings?’ Well, yes we do, with the regard to the fact that there are both new ways of recovering new evidence and new ways of looking at the evidence we have recovered, being developed all the time. Viking Britain uses many of these new strands of research to further develop ideas previously encountered, and also to go in new directions. It is always readable, thanks to the time-line style, developing like a story (or should it be Saga?) keeping your attention focussed on taking onboard what made the Vikings in Britain who we’ve become. You see what I did there?

There is still, I feel, something missing here. A look at the fact that the Vikings who came to England were from the same (rough) area as the Jutes who, along with the Angles and Saxons, had made the same journey a couple of hundred years before. Was there any residual memory? I’m not saying deja vu, more a realisation that save for a few hundred years apart, they were attacking many of their own ancestors’ descendants! As did the Normans of course, in 1066. I’d like to have seen a look at that little nugget.

So, I’m thinking, how can a people who invaded Britain still be held by the British in such high regard, even loved? In a way the Normans – themselves descendents of Vikings – are not? They came, they plundered, they conquered large parts of the country, they ruled, they took half the population away to sell as slaves, and yet are still heroic fantastic fantasy figures. Their beliefs undergoing a resurgence. Unfortunately attracting a lot of the ‘if you don’t like it hit it with an axe and all the pseudo-bollocks, rent a meaningful statement, but really xenophobia, go out and conquer like the Vikings, but woe betide the bastards if they want to come and settle in your land, ‘honour your ancestors’ crap. Maybe it’s their simplicity that attracts. Simplicity of their life, the seeming simplicity of their purpose – go, kill, raid, take. The answer is of course, that they were much more pragmatic than they are often given credit for, they came, liked what they saw, and stayed. Eventually being fully integrated and as British as you and I. They are in us now, in the way we look, the way we talk, and therefore in the way we think. Britain (especially) owes so much to the Vikings – we wouldn’t be who we are now if they hadn’t been who they were then.

You can buy Viking Britain, An Exploration, from Booksplea.se

For pictures, articles and lots of general Viking stuff, check out the Speesh Reads Viking Hoard Pinterest Board